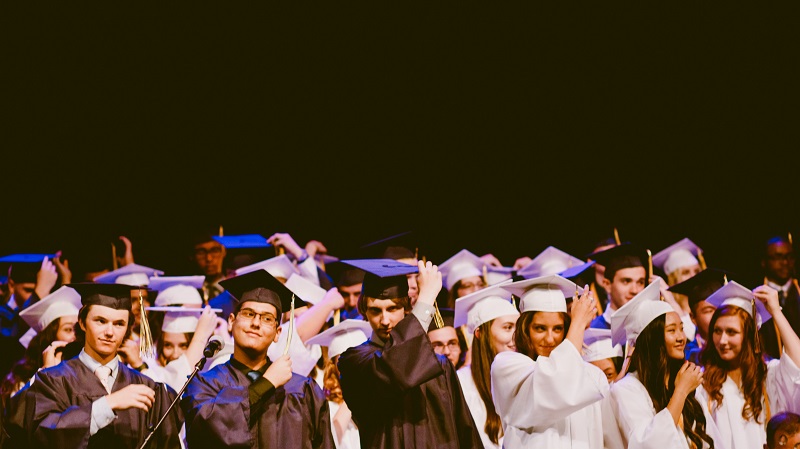 10 Things They Won’t Tell You In College

by
Vidyadhar Sharma
Published on
November 20, 2019

Here’s the TL:DR; version of the article:

One of the challenges early on for me was to understand how different the actual world was from the college. I was lucky that it hit me early, but the truth has been surprising nevertheless, and probably that is what has helped me start two companies while I was still in college.

I have been seeking out things that everyone believes in college to be true but in reality are not.

And here are some things you were never told, or were told, but couldn’t believe,

1. You Don’t Need a Degree to be Worthy

One of the most misunderstood things in the society is that you need a college degree to be worth anything. In the industry, your skill, knowledge and craft matters more than what college you went to or what degree you have. The main reason students don’t get this is because, year after year students see seniors get jobs because of their education and not many because of their skills. The reason you don’t see those guys is because those guys are winning, and winning big and you don’t see them hanging around in the normal crowd.

2. More Importantly, You don’t need a college to learn at all

Naval Ravikant is the Founder of AngelList, here’s what he has to say about schools and colleges today:

“There’s no question, it [the current education system] is completely obsolete… Colleges and schools and the way we think about them, they come from a time period when books were rare. Knowledge was rare . . . There was no such thing as self-guided learning. I think schools are just byproducts of these kinds of institutions. Now we have the internet, which is the greatest weapon of knowledge ever created. It’s very easy to learn. If you actually have the desire to learn, everything is on the internet. You can go on Khan Academy. You can get MIT and Yale lectures online. You can get all the coursework and get interactivity. You can read blogs by brilliant people. You can read all these great books. The ability to learn, the means of learning, the tools of learning, are abundant and infinite. It’s the desire that’s incredibly scarce. I don’t think that schools matter for self-motivated students.”

3. Learn the Art of Finding out things for Yourself

Too many students lose because they get used to being spoon-fed everything. This is not as much the wrong doing of the students as it is of the parents and the system. Imagine if you were to be driven around everywhere in a floating pod instead of walking, and then one day you’re asked to get up and start walking. What happens? You fall with your face down. It’s obvious. Then why isn’t it obvious that if you’re spoon-fed all through your education, the moment you step out, you’re going to fall with your face down, and fail.

So, it was okay that you didn’t realize this before, but now that you realize this, it’s important to know the power of finding out things for yourself rather than being spoon-fed everything. Learn to build independence and the internet has given you almost limitless power in doing that well.

“Figuring out things for yourself is practically the only freedom anyone has nowadays. Use that freedom.” -Michael Ironside

Mental Models are models of the world and help you define how you make a certain set of decisions under given scenarios. For ex: You already have a mental model of what kind of friends you want to have in life. You might have a filter in your head that defines your ideal friendship and based on trade-offs, you make new friends. You only end up hanging out with those who fit that. You don’t bother about a lot of other things except the things in your model, this reduces a lot of decision anxiety and lets you move through life more peacefully.

Your goal is to discover and build more models based on these truths.

5. Take Advice with a Pinch of Salt

So next time you get free advice from one of your professors or seniors, try to understand WHY they are saying what they are saying instead of emphasizing on the advice itself. Most of the times, their experiences would have shaped their reality immensely in ways that influence their opinions to be either biased or irrelevant today, both of which are worthless to us.

Also if you’re good at figuring out things for yourself and have decent mental models about the world, you can understand the advice better and avoid mistakes.

6. Create more often than you Consume

Internet is full of free content and the abundance of it makes consumption easier than creating for ourselves. If you want to get anywhere, start creating, add value to other people’s lives. It can be a simple blog post, a small app you built over the weekend or something you built for your living room with your own hands.

Create, in all tiniest ways possible, because by creating you open doors for creativity to step in.

7. People around you define you

Whether you’re going to win or lose, is going to be defined by who you spend most of your time with. The important thing to remember is that the people around you shape your world views in more ways than you understand because they help you define and build those mental models we just talked about. The influence is large.

Life is short, and you shouldn’t waste it getting sucked into college politics or emotional drama that comes with unstable friendships that destroy you.

8. It’s NOT the time To Chill and Have Fun

This is not the time to chill and enjoy, to only work your ass off for the rest of your life. It’s the other way round.

The world will reward you with what you deserve. If you’re unskilled, under-informed and are living under a cave during college, you’ll be rewarded with a job that shows you what you’re worth. Or probably you won’t find opportunities at all in the first place.

Do not take advice from people who were misguided and ended up in wrong jobs, hate it now and advice you to enjoy because you’re going to hate it later. The truth is that you don’t have to hate your job and cringe about it. Those who advice you to chill are the ones who did the same during but are suffering now, and if you think about it for 10 minutes, you’ll realize that it’s for the exact same reason that they didn’t take their time in college seriously.

This doesn’t mean you shouldn’t have fun, it just means that your time in college is valuable and if you end spending a ton of time chilling, you’ll have to work yourself to death later. Do all the necessary work and have fun. As they say, Work hard, Play Hard.

9. You can fail without consequence

I built my first startup when I was in 12th Grade and went to work on it until the first year of my college. I failed, for a lot of different reasons. But it didn’t affect my life in any negative way. It only made it better, I learnt to look at life differently. It taught me how to deal with people, ideas and most importantly failure.

The greatest boon of being in college is that you can fail without any consequence. Mess up big with your projects and still show up for class the next day like nothing happened.

You can work on your idea on the first week, grow in the next two weeks, mess it up and shut it down in the fourth week and still show up for class the next day without having disrupted your life at all. It’s a privilege that we don’t understand. It’s a privilege that is often under-utilized. The greatest boon one can give you is to fall, and not get hurt, you have that while you’re in college.

10. Do more than what you’re officially qualified for

I started my first startup almost accidentally. I first applied to a blog as a photographer in 11th grade. As I joined, it was my first opportunity and I made sure to work more than required because I wanted to prove myself. There were some projects no one in the team was interested in doing, I neither knew how to do them nor was qualified to do so. But I picked them up anyways, learned what was needed and helped the founder launch it. That built a good relationship with the founder and we ended up starting Science Panorama where we published a magazine with more than 60k+ subscribers and more than a million visits.

All because I didn’t ask anyone for permission to do the job.

In all these points, I’m essentially trying to consolidate what I’ve learnt over the last six years as a student who did more than what was expected and ended up carving a different career path for myself.

I hope these insights will also help you shape your life better and make your time in college more productive than otherwise.

When we started the Academy, we were trying to crack a model where we teach students to grow to great levels of competence in the least time possible.

On Learning How To Learn

I wanted to be competent at writing code right away, and make all those ideas in my head a reality immediately. I was impatient and didn’t exactly pay attention to what I was doing. Though I knew a lot about code and programming, I didn’t know how to build things.So I quit learning how to code and instead focused on learning how to learn.